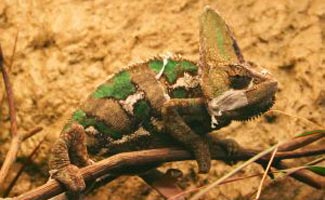 The chameleon is a lizard that has long fascinated animal lovers worldwide; however, much of what is believed to be true about this creature is an embellishment of the truth. Think you know all there is to know about the chameleon? Read on to find out just what you might have misunderstood about this particular omnivorous species.

In order to know more about the veiled chameleon it is first important to understand a little more about the chameleon in general. The chameleon is a reptile in the Squamata order. The Squamata order of reptiles makes up the largest group of reptiles on Earth and not only include chameleons but also include a number of other lizards and snakes. All reptiles within the Squamata order are scaled with shields or horny looking scales. Creatures within this order also have a quadrate bone that is movable giving them the ability to open their jaw very wide in order to accommodate larger prey items. This ability to extend the jaw as it were is far more visible in snakes in the Squamata order than it is in other reptiles. For all intents and purposes the order Squamata is divided in to three suborders by biologists and researchers. The three widely recognized suborders include: Lacertilia (lizards,) Amphisbaenia (wormlike lizards) and Serpentes (snakes.)

The family Chamaeleonidae is a family of lizards that are set apart from a number of other lizards by their unique appearance. While many reptiles possess a long and slender body with small eyes, the Chameleon species have a number of physical features which make them unique.

The Eyes of the Chameleon

One of the most distinctive features of the family Chamaeleonidae is their stereoscopic eyes. The Chameleon is able to move each of these uniquely shaped eyes independently which not only makes them look unique but it also gives them extremely versatile field of vision. The eyelids of these telescopic eyes are actually joined together with a single hole that allows the Chameleon’s pupil to observe its surroundings. Uniquely, while this lizard species may only have a pinhole to see through; it has an amazing 360 degree field of vision! Chameleon’s are also known to have particularly good depth perception which, when combined with their field of vision, makes them extremely accurate hunters when it comes to catching even the smallest insect.

The Feet of the Chameleon

All species of chameleon not only share their unique eye structure, but they also share a unique foot structure as well. This foot structure is often compared to that of a parrot in that this particular lizard is didactyl, meaning that the toes of the feet look more like tongs with two toes fused together and three toes fused together. This fusing essentially creates two sets of toes which allow the chameleon to obtain a better grip when climbing. In addition to the fused toes though, chameleons also have sharp claws on each of their toes which allow them to hold on to surfaces as they climb.

The Ears of the Chameleon

Referring to the ears of the chameleon is actually something of a mistake since chameleons do not actually possess an outer or a middle ear! Some researchers believe that this lack of an outer or middle ear means that the chameleon is deaf; however, this has not been confirmed. If it is true that chameleons are deaf, it is probable that they hear through interpreting vibrations on the ground and through branches. Similar to the chameleon, snakes also lack the outer and middle ear, but they do possess a quadrate bone which allows them to sense and interpret vibrations.

The genus Chamaeleo is just one of the chameleon genera within the Chamaeleonidae family, but it is the genus in which the veiled chameleon can be found. This genus of chameleon are recognized as being slow movers and like most other genera of chameleon they are sexually dimorphic with the male of the species being much more colorful than the female. Most chameleons of this genus are arboreal but a few select species can be found making their homes on the ground. Included in the Chamaeleo genus are the following species:

The Veiled Chameleon or C. Calyptratus

The veiled chameleon of Chamaeleo calyptratus is a species of the Chamaeleo genus that is native to Saudi Arabia, the United Arad Emirates and Yemen. Due to its prevalence in Yemen, many people often refer to this chameleon as the Yemen Chameleon.

The Appearance of the Veiled Chameleon

Within the veiled chameleon population sexual dimorphism is considerably prominent, but there is one feature that is shared by both the male and female: the crest – generally referred to as the “casque.” While both genders possess this casque, the males of the species present with a larger structure than the female, it is believed that this plays a role in territorial behavior and mating displays and is yet another indication of the prominence of sexual dimorphism in this species!

The Color Changing Habits of the Veiled Chameleon

One of the biggest myths when it comes to the chameleon is that it has the ability to change color to match any background – take for instance cartoons in which a chameleon becomes plaid to match a plaid background. While the veiled chameleon is able to adjust its color, this degree of color adjustment is simply an overstatement of this ability. The male of the veiled chameleon species is naturally green and this color can change in shade based on a number of factors. The emotional state of the chameleon frequently plays a role in just how green the creature appears and this color scale can range from bright green to a redish-olive green. The basic green color of the veiled chameleon’s skin is marked with brown, blue and yellow spots which aid it in adjusting its color. Emotion is not the only thing that contributes to the color changing habits of this lizard however, the surroundings in which the chameleon is place in play a role in addition to the health and temperature of the lizard. Any combination of these factors plays a role in the resulting color of the veiled chameleon; however, it is highly improbable that you will ever run across a plaid patterned chameleon.

From the video author: “Lately, Chamilli has had his darkest colors out. The weather is changing and it’s colder in our place and I suspect that has something to do with him keeping his darkest marks showing consistently. When I open the cage he starts to go to his lighter green but not the lightest he has. I think he looks great when his dark markings are showing.”

The Natural Habitat of the Veiled Chameleon

The Diet of the Veiled Chameleon

The veiled chameleon is omnivorous. Contrary to the popular belief that this lizard only feeds upon insects, the veiled chameleon also feeds upon tree blossoms, fruits and leaves of trees. Feeding upon these natural resources not only allows variation in the diet but it also ensures an adequate food supply if insects are scarce or the chameleon is temporarily unable to hunt. In times when drought sets it, it is not uncommon to see increasing numbers of veiled chameleons feeding on tree leaves in an attempt to consume water and rehydrate themselves. Most chameleons rely upon water droplets on leaves or branches because they are easily recognizable; however, when these are not available water can also be extracted through consumption of leaves and fruits or blossoms.

Reproduction in the Veiled Chameleon

Veiled chameleons are one of the more favored chameleon species when it comes to keeping a captive chameleon. The veiled species of chameleon often proves to be a much hardier species in comparison to other species and they are easily bred in captivity which increases their availability on the pet market. When it comes to keeping a veiled chameleon in captivity it is important to become educated about the specific needs of this reptile in order to help it to thrive. There are a number of factors to take in to consideration to ensure that a captive veiled chameleon is a thriving one, these include: maintaining a clean and spacious enclosure, ensuring the chameleon receives adequate stimulation from its environment, maintaining a healthy diet, ensuring proper water intake, providing and maintaining healthy temperatures and humidity levels, providing healthy levels of basking light, ensuring proper veterinary care and medical treatment. Keeping a veiled chameleon is a commitment and should not be taken lightly. While these creatures are fascinating they are still living creatures and this means that they have needs which can be expensive and time consuming. A happy veiled chameleon can make a great pet but an unhappy veiled chameleon will quickly die and no longer be a pet at all.

The Importance of the Veiled Chameleon

The veiled chameleon plays a large role in its own ecosystem but in addition to that, this creature provides much knowledge in regards to herpetoculture through a variety of species. The veiled chameleon is the most commonly bred and the most readily available chameleon in captivity and this allows herpetologists and researchers to study this species in depth to discover more about the chameleon in general. While it may not be the most fascinating creature to many, to others this amazing creature is a step towards understanding reptiles of a number of different species. This hardy reptile makes it possible for researchers to understand much more about the chameleon family in general making it easier to understand the more fragile species that do not fare as well in captivity. It may not be a creature of great fascination, but the veiled chameleon stands as a representative for an entire family of species which we have yet to learn so much more about. 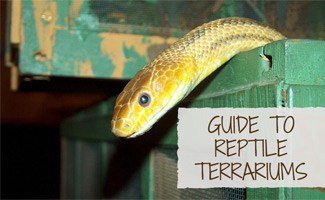 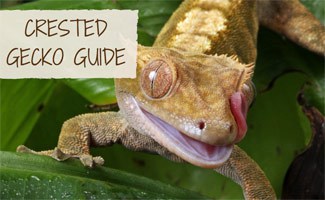 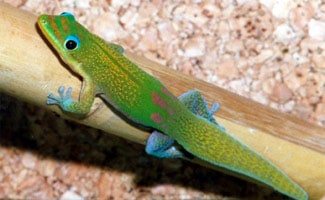