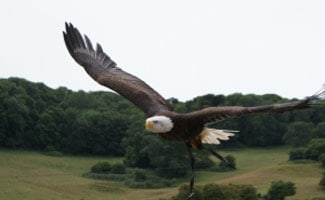 Animals are beautiful and fascinating. They are living, breathing creatures with significant meaning to their lives. A world without animals is no world at all. Humans and animals must co-exist in order to maintain balance and continuing survival on this planet. Yet with the rapid change in human societies in the last two centuries, many animals have not been able to adapt quickly enough to keep up, and as a result, they are in serious danger.

The International Union for Conservation of Nature (IUCN) has calculated the percentage of the endangered species as 40% of all organisms based on the sample of species evaluated through 2006. The IUCN has made a list of endangered animals called the “Red List”. There are more than 5,000 animals on the Red List, not to mention all the amphibians, mammals, and insects. In total, there are a total of 15,589 species on the Red List as of 2006.

What is an Endangered Animal?

Endangered animals are defined as any animal that is in danger of becoming extinct. Animals are identified as being endangered either because there are already too few of them living in the wild, or even in captivity; or because their continued existence is threatened by a changing environment which results in them losing access to adequate food or living conditions. The way to understand what is meant by “too few” is that their reproductive rates are lower than their mortality rates.

Endangered animals have gained much attention in the media and public awareness in the past several decades, but the fact that whole animal species are threatened by environmental factors and actually leave the earth forever is not a new phenomenon. The dinosaurs are perhaps the most well-known example of extinction. We have evidence however, of many more species that once thrived on the earth but are no longer in existence.

What Causes Animals to Become Endangered?

The industrialization of human societies and the globalization of the human culture have resulted in dramatic environmental changes in the past two centuries. These changes have been too fast for too many of the earth’s creatures to survive. Although many animals have been endangered through the ages, the threat to animals is greater now than ever before.

Being identified as an endangered animal means that either the animal will be protected and find its way back to recovery, or it will vanish from existence. The label “endangered animal” is like being diagnosed with a disease, but it does not mean absolute eventual extinction. The path that endangered animals take is dependent on human intervention.

Can We Prevent Endangered Animals from Going Extinct?

Conservation groups work with many different endangered animals and work diligently for many decades to save them. There are many success stories in this category including the American Bald Eagle. Therefore, being listed as an endangered animal is not necessarily a death sentence. It is these success stories that keep us hopeful and persistent in our mission to save and protect.

Because there are so many different stages, or levels, of being endangered, there are two different approaches for dealing with the conditions. As mentioned earlier, being labeled “endangered” is like being diagnosed with a disease. Think of “endangered” as a kind of disease that is a potential threat to all species in the same way that cancer or heart disease are potential threats to all humans. The diagnosis is treatable. If someone is already diagnosed with cancer for example, the approach is to heal; if we have a susceptibility to the disease however, but are not yet sick, we take preventive measures. In this same way, we take action to save (or heal) endangered animals that are already threatened with extinction, and protective (or preventive) measures for animals that live under conditions that make them more susceptible to such a threat.

For example, elephants in both Africa and Asia are seriously threatened. One in three amphibians are threatened; one in four mammals are in danger; one in eight birds; and nearly one half of all fresh water turtles are all susceptible to the possibility of extinction (IUCN). These are staggering numbers. Therefore, scientists and conservationists are actively intervening on their behalf to save and protect them.

What Are We Doing to Save Endangered Animals?

Efforts to save endangered animals include breeding in captivity such as the Panda bears, and sanctuaries where wild animals are carefully monitored by conservation scientists. Forms of protection include laws that forbid hunting, laws that restrict land development, and the establishment of heavily guarded conservation reserves.

The safari reserves in Africa are an example of protective measures. Another example is the prohibiting of whale and shark hunting. These efforts come with complications and controversy. For example, although it is against the law to kill elephants in Africa, the demand for ivory from the elephants’ tusks is in direct competition with efforts to protect the elephants. The ivory is sold on the black market for huge sums of money, so people who live in areas where the elephants are under national and international protection are lured by the monetary rewards they can collect from breaking the laws and killing the elephants. Because the geographic size of the elephants’ habitat is so large, it is not humanly possible to guard all the land at all times.