May 5, 2011: Fukushima works have entered one of the reactor buildings for the first time since the quake struck. In addition to water being pumped in to cool the reactors, workers have installed a ventilation system in reactor 1 to filter out radioactive air. How do they prevent from getting radiation sickness themselves? They work in small teams, on ten minute shifts lasting up to an hour.

March 31, 2011: United Nations nuclear monitors are advising Japan to extend the nuclear evacuation zone. The current zone has a radius of 20km, but according to the monitors safe radiation limits have been exceeded at 40km. In addition, radioactive iodine levels in seawater are now at a record 4,385 times the legal limit.

March 30, 2011: Tepco announced that Japan is going to decommission the 4 reactors it was unable to bring under control. Reactors 5 and 6 were shut down safely. Harmful levels of radiation have been detected in the surrounding area, soil, and seawater. 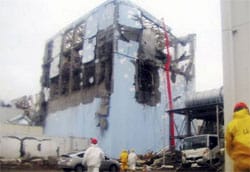 As if the sheer devastation caused by the March 11, 2011 earthquake and following tsunami weren’t enough, the country of Japan is now facing the potential of nuclear disaster. The Fukushima Daiichi nuclear power plant was built to stand up to an earthquake of major magnitudes, quakes that hit the world at a rate of eighteen per year. However, the estimation of a 7.9 magnitude quake being the largest to hit the Fukushima nuclear power plant did not take into account the 33 foot tsunami that was to follow the 9.0 magnitude quake hit on March 11, 2011. While the plant itself withstood a record-breaking 9.0 magnitude quake the coolant pumps designed to keep the nuclear plant were unable to withstand the enormous waves generated by the quake and upon their failing the core temperature of the plant began to rise.

The History of the Fukushima Nuclear Power Plant

The Fukushima power plant is located within the Futaba District in the town of Okuma in the Fukushima Prefecture. The plant was first instituted in 1970 and became recognized as the first nuclear power plant in Japan to be run entirely by the Tokyo Electric Power Company, also referred to as TEPCO. While the plant did not become operational until the 1970’s the wheels were set in to motion in the 1950’s as Japan attempted to recover from the aftermath of World War II.TEPCO was forced to increase production to keep up with the economic growth, power plants powered by fossil fuels made their way in to the picture. Ten years later TEPCO began to recognize the environmental effects of this increased fossil fuel usage and they began to realize an increased need to rely upon nuclear power for running their power plants. The first plant was (and still is) referred to as Fukushima Dai-ichi which simply translates to Fukushima I as this was the first reactor in the plant. Over the years six reactors would be instituted at the Fukushima nuclear plant and in 2011, two more had been scheduled for opening in 2012.

The Fukushima plant consists of six boiling water reactors with two more that were scheduled to open in 2012 that will likely be postponed due to the aftermath of the earthquake and the tsunami. The six current reactors are referred to as light water reactors and they make the Fukushima nuclear power plant one of the 15 largest nuclear power stations in the world as these reactors have a combined power of 4.7GW.

The plant originally came online in 1970 and ran through 1979 and has been online since, with the exception of the shutdown of the reactors between 2002 and 2005 as a result of the TEPCO data falsification scandal.

What Was the TEPCO Data Falsification Scandal?

TEPCO, also known as the Tokyo Electric Power Company was found guilty of failure to report safety incidents that occurred at their plant as well as falsifying reports during government inspections of the plants. As a result all of the reactors in the plant were shut down for a thorough inspection. As the investigation in to the data falsification scandal it was revealed that over a period of more than twenty years the TEPCO Company had committed at least two hundred incidences of data falsification to the authorities. The scandal rocked the nation and as a result the chairman of TEPCO Hiroshi Araki, the President of TEPCO Nobuya Minami, the Vice-President of TEPCO Toshiaki Enomoto and the TEPCO advisors Sho Nasu and Gaishi Hiraiwa stepped down from their positions. After the step down by the end of September in 2002 a new President was appointed to TEPCO and issued with the responsibility of cleaning up the mess that was left behind. Clean up efforts underway the plants were restarted again at the end of 2005. TEPCO has managed to remain as the fourth largest electric utility company in the world sitting under German RWE, French Eletricite de France and Germany’s E. ON. 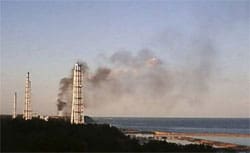 At 2:46pm on March 11, 2011 the fourth largest earthquake recorded since 1900 hit the northeast coast of Japan. The plant was built to sustain the force of a 7.9 magnitude earthquake and while the plant did remain standing although damaged and shutdown its reactors immediately following the quake as it was constructed to do, it experienced significantly more damage as a result of the following tsunami. As the tsunami hit on March 11, 2011 it disabled the cooling systems that are designed to control the temperature of the nuclear reactors on the plant. Cooling systems were being run on emergency generators which were knocked out of commission when the tsunami hit. As the cooling systems were disabled the plants were evacuated in an attempt to reduce the number of casualties caused by any leak at the plant caused by the damaged cooling systems. Fortunately at the time of the tsunami strike three of the six nuclear reactors were shut down for planned maintenance; however, reactors 1, 2 and 3 were not shut down prior to the tsunami strike. While the three remaining reactors were shutdown, the cooling systems were still needed to control the temperatures of the reactors. Due to the state of the nation as a result of the 9.0 magnitude earthquake and the massive tsunami that followed, emergency assistance was slow in coming to assist in controlling the core temperature of the reactors.

As time progressed the three affected reactors began to overheat and nuclear meltdowns began to take place within each of them. Reactors 1 and 3 experienced explosions as a result of hydrogen; these explosions completely destroyed the upper protective covering of the two reactors. A second explosion took out the containment of reactor 2 and a fuel leak resulted in a fire at reactor 4. As the temperatures rose at the plant, the possibility for radiation exposure became a real possibility and workers were evacuated. At the present time there are varying opinions on the significance of the damage that the tsunami has caused as a result of damaging the cooling systems of the nuclear reactors.

While some officials believe that there has been no nuclear fallout as a result of the events of March 11, 2011, it seems that this assumption was made too soon as currently radiation leaks have been noted at Fukushima I as a result of the hydrogen buildup explosions that destroyed the outer casing to the reactors. As of March 16, 2011 it was believed that winds had begun sweeping out some of the radioactive particles around the area out to sea helping to eliminate some of the fallout from this nuclear based emergency; however, as radiation still posed a threat to citizens of the area further steps were taken to reduce the exposure of citizens to radiation from the plant. Those workers of the plant were evacuated from the plant; however, those citizens that lived in the area were commanded to stay indoors and seal themselves inside as much as possible to reduce the likelihood of radiation exposure. As the reactors still lacked a proper cooling system local officials attempted to cool the reactors by utilizing local helicopters to dump water on to the reactors of the Fukushima I plant in order to bring down the core temperature of the reactors and reduce the chance of any further explosions.

The Reaction to the Japanese Nuclear Situation

As Japan still scrambles to minimize the amount of damage that is caused by the 9.0 magnitude earthquake and the following tsunami in regards to their nuclear power plants, the rest of the world seems too stunned to offer the degree of assistance that is genuinely needed. As Japanese citizens pull together to aid each other and do everything that they can to reduce the impact on their country other countries are commanding their citizens to leave Japan or if leaving is not a possibility, to stay a minimum of 80 k or 50 miles away from the Fukushima I power plant. Other countries have also weighed-in in terms of their citizens in Japan including Australia, France, Belgium and Norway who have all advised that their citizens either leave the country completely or at least stay a minimal distance from designated areas and cities.

For the citizens of Japan; however, there is no option to evacuate back to another country and instead they are relying upon their government officials for instruction on what to do, where to go and how to stay as safe as possible in light of the situation. Many residents from near to the reactors have been evacuated from the area and according to the Japanese Nuclear and Industrial Safety Agency the radiation levels inside the plant are 1,000 times the normal levels and those outside the plant are 8 times the normal levels. With the risk of radiation poisoning increasing Japanese citizens, while scared, are showing remarkable resilience as they come together to help each other and do all that they can to help to rectify the state of their nation.

The Facts of the Nuclear Event

It was on Sunday, March 13th that authorities in Japan confirmed partial nuclear meltdowns in reactors 1 and 3 at Fukushima. While the state of nuclear affairs may have many people scared out of their minds; however, the Japan Atomic Energy Agency are declaring that the incident at the Fukushima nuclear plant only rates a 4 on the International Nuclear Event Scale. Ranking at a 4 out of 7 on the International Nuclear Event Scale places the Fukushima event below the Three Mile Island nuclear disaster in seriousness; however, many other authorities are questioning the accuracy of this assessment. For most other onlookers the Fukushima nuclear event has been estimated at a 5 or even 6 out of 7 which would not only make it worse than the incident at Three Mile Island but it would make it a much more devastating disaster in terms of classification. Classification; however, cannot tell the citizens of Japan anything that they do not already know for themselves. Particularly for those who live in the area of the Fukushima nuclear power plant who are more than likely to agree that their nuclear incident should rank at much more than a 4 out of 7.

The Chronicle of Reactor Events

What Does the Future Hold for the Nuclear Climate in Japan?

At this point in time no one can really be certain what the future holds for the nuclear climate in Japan. One thing is for certain and that is that at some point the country will need to begin rebuilding reactors in order to provide the power needed by the country; however, for the time being the focus is on the immediate threat of nuclear fallout as the Fukushima nuclear power plants continue to threaten the nation.