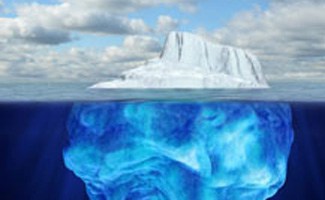 The talk of the end of the world coming is increasing and believers point to any signs they can find to prove their theory and climate change is one of them. Science journalist Michael Lemonick is far from a “doomsday prophet” however, as a scientist he finds it difficult to overlook the effects of climate change on the world’s ecosystems. He has outlined these facts in his new book “Global Weirdness.”

According to Lemonick, who began writing about climate change back in 1987, the impact of climate change has been a long time coming. Although Lemonick doesn’t see the impact as a sign of the end of the world, he does see it as a sign of complacency and inaction. In an interview with Fresh Air’s Dave Davies, Lemonick states that “we’ve known what the cause is, we’ve known what the likely outcome is, and we’ve had time to act — and essentially we haven’t acted.”

Who is Michael Lemonick?

Lemonick, aside from being a science journalist is also the co-author of the book “Global Weirdness: Severe Storms, Deadly Heat Waves, Relentless Drought, Rising Seas, and the Weather of the Future.” The book has been published by Climate Central, a not for profit research organization and it focuses on the effects that climate change has already had on the planet. Among those effects detailed:

How Has the Climate Really Affected the Global Ecosystems Though?

Lemonick offers a preview in to the information that can be found in his new book, stating that since 1900, the sea level around the globe has raised a total of eight inches. This may not seem by much but the impact it has on marine life is significant. Additionally, Lemonick notes that the sea level is estimated to have raised a total of three feet by the year 2100.

What does this sea level increase mean? Lemonick explains. When events like Hurricane Katrina hit the majority of the storm damage is a result of the storm surge that causes flooding before the storm damage takes hold. This means that if the sea levels rise as they are predicted to, then future storms like Hurricane Katrina are going to begin from a vantage point that is three feet higher than it was in 2005 when Katrina hit. Storm surges that begin from a higher vantage point have an increased potential for destruction, able to wash further inland, cover barrier islands and swallow up the coast.

Other Factors Impacted by Climate Change

It is not only the world’s seas that are being thrown off kilter as a result of climate change, Lemonick details various other impacts that climate change will have across the globe including:

Lemonick asserts that while most people focus on the effect of carbon dioxide buildup in the Earth’s atmosphere, few realize that this gas is also being absorbed by the world’s oceans as well. This increased carbon dioxide level means increased acidity in the water which affects sea life.

What Effect climate change will have on infectious diseases

Lemonick draws attention to the fact that infectious disease is also likely to be affected by climate change as carriers of disease seek out new habitats. Certainly climate change is not solely to blame for this change but it most certainly plays a part.

How Can We Predict Such Changes in Climate?

Lemonick explains in his interview how scientists are able to gauge the amount of climate change that has taken place over the years.

One very important way we know about the temperature in the past is that if you go to Greenland or to Antarctica and drill deep into the ice, what you find is air bubbles trapped as snow fell thousands of years ago [and] hundreds of thousands of years ago. Air was trapped in among the snowflakes, and when it was compressed into ice — those air bubbles … are actually time capsules that show you exactly what the atmosphere was like at any time up to 800,000 years ago.

By utilizing this data, researchers are able to plot how global warming has affected the global climate overall and hence make predictions for the future.

Are These Global Predictions Correct?

There really is no way to know for certain whether predictions of the world’s sea levels increasing three feet are accurate or not. While they are based on collected scientific data, there are obviously a number of global events that could impact this prediction for better or for worse. What is known however, is that if something does not change in terms of what we are doing to prevent global warming, then our planet will continue to suffer the consequences. Whether these consequences are a three-inch or three-foot increase in water levels, global ecosystems will experience significant changes that are likely to throw numerous life forms off kilter.