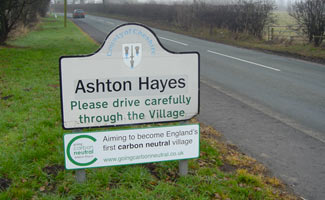 Ashton Hayes, in the United Kingdom, is trying to become the first town to be a carbon-neutral town. Ashton Hayes began just like any other small, affluent town (it has only 1000 residents), but last year turned into a grassroots effort to fight climate change. What do residents do to maintain the town’s carbon-neutral status?

How to become and stay carbon-neutral?

There are several things you can do to reduce your carbon footprint. Among these are:

How did Ashton Hayes jump on the carbon-neutral bandwagon and aim to become England’s first carbon-neutral town? Residents can thank 53-year old Garry Charnock, Ashton Hayes resident for 25 years, for attending a debate on global warming in 2005. Shortly thereafter, he was posting ads for free apple pie and wine, which attracted 75 percent of the town’s adults to his “Going Carbon Neutral” meeting. 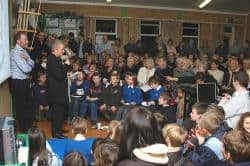 It’s all well and fine to get motivated over something that is good for you and the environment, but how to maintain that motivation and turn it into action? How did the residents of Ashton Hayes stick with their plan and execute it? Mostly by word of mouth – neighbors would compare their energy-saving initiatives, and with this peer pressure a competitive atmosphere emerged where one house would try to top the energy savings of another.

What citizens of Ashton Hayes were realizing is that by striving to go carbon-neutral they were saving quite a bit of money by cutting down on energy and gas use, in addition to helping save the environment.

Get the government involved

Ashton Hayes efforts were so successful that in April they received a $51,000 grant from the British government to hold a conference and teach other communities about their carbon-neutral efforts. The event filled up almost immediately.

What has been happening with Ashton Hayes recently? Here’s just a quick list: