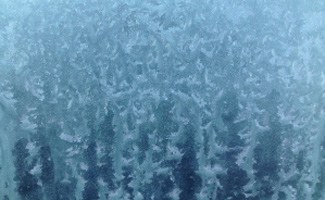 We have been told for decades that the damage that our carbon emissions is doing to the planet will have serious consequences. But just how serious will those consequences be? In this article we will discuss how recent research indicates that human carbon dioxide emission will defer the coming of the next ice age.

The Prediction of the Coming Ages of our Planet

Anyone who has had a brief history or even geography or geology lesson will recognize that our planet has experienced a number of “ages” throughout the years. These ages are preserved in the rocks of the planet and not only give us indications of what life was like back then but also of the specific indicators of each age. The last ice age of our planet is said to have ended around 11,500 years ago and researchers are able to utilize data from this period to make a prediction of when the next ice age can be expected. This prediction process is accomplished by analyzing a number of factors including the orbit of the earth to determine which of the Earth’s historical warm interglacial periods is most similar to the one we are currently experiencing. In more simple terms, analysis of the current patterns of climate and the Earth’s orbit etc allows researchers to match our current situation to one or similar status in the Earth’s history.

When Will the Next Ice Age Come?

With the ability for researchers to approximate our current position on the historical timeline of the Earth’s different “ages,” many people are quick to ask when the next ice age will come. In the journal “Nature Geoscience” it was approximated that the next ice age would come in around 1,500 years; however, more recently researchers are denying that this is even possible. The truth is that no one can actually begin to accurately predict when the next ice age will come because the impact that we are having on our planet is like nothing that has ever been seen before.

Carbon Emissions and Our Planet

What is it that Causes Transitions in the Earth’s “Ages”?

It is estimated that the Earth, under “normal” circumstances would transition between ice age and interglacial age every hundred thousand years or so but little consideration has been given to how human factors will affect this timeline. The problem is that the culminations of factors that affect the transition of the earth between “ages” are also affected by other elements including the release of carbon dioxide in to the atmosphere.

What Does the Future Hold?

The idea that the “normal” pattern of Earth’s events may have been seriously disrupted by the patterns of human behavior is a troubling one. The thing to remember however is that while much of the research that has been discussed in this article can be upheld by basic premises and ideas using prior history, these things are not solid facts. The cycles of the Earths transition from period to period are never exactly the same, no one period is ever replicated exactly. In addition, there is no knowledge of just how much of a change current carbon dioxide levels have had on the Earth’s patterns of ice age transition. There are those who say that “normal” patterns cannot resume until carbon emission levels drop to at least 240ppm, but there is no solid research that can predict this. The current environmental situation of the Earth is one that has never been seen before and while we can make predictions based on previous events, the fact is that things have changed. No one will ever be able to tell what the future holds, there will only ever be estimations based on alternate scenarios.