Going solar in your life is more affordable and easier than ever. Gone are the days of shelling out major green to go green. Thanks to sleek, modern designs and sophisticated technology, solar can be seamlessly integrated into many aspects of your life. It can not only save you money but also help save the planet at the same time. Want to learn more about solar energy and how you can jump on the growing bandwagon? We’re here to share some insights and hopefully answer all your burning questions (pun intended) so you can be educated on the topic and make confident decisions when it comes to solar.

Solar power (aka solar radiation or insulation) is energy from our sun in the form of heat and light. Not only does it support life on earth as we know it, it drives the planet’s climate (weather systems) and produced renewable energy. This energy is generated when sunlight is converted into electricity. In some cases, it can also be converted into thermal or mechanical power. The technologies used to accomplish this conversion include photovoltaics (PV) for a direct conversion, concentrated solar power for an indirect conversion, or a combination of both. Indirect conversions involve focusing (narrowing) a large area of sunlight into a small beam. Concentrated solar power systems use lenses, mirrors, and tracking systems to accomplish this. A common application of this you’ll notice today is via solar panels. Learn all about solar panels, including how they’re created, and how much energy they generate, how much they cost, and how to get one for your own home!

5 Solar Energy Facts You May Not Be Aware Of

Here are some enlightening facts about solar energy and solar power:

In this two and a half minute video Bill Nye the Science Guy walks you through the various components of a solar panel system along with some entertaining facts and figures.

The Future of Solar

Can you imagine if the world still used gas lamps and relied on traditional wood burning stoves as furnaces? Hardly anyone uses those anymore because of the invention of the light bulb and electricity’s rapid growth over the past century. The same is likely to happen with solar as trillions of dollars are being invested into expanding the industry to make it more accessible and affordable.

Despite growing concerns that Congress and the current administration doesn’t see a future in clean and renewable energy, the fact of the matter is that solar energy is already as cheap as coal in the U.S. and other developing countries.  So as long as it’s available and valuable, the private sector will continue to put their dollars behind solar technologies despite lack of government support. For that reason, Bloomberg’s June 2017 report forecasts that by 2040 there will be $3 trillion invested in solar resulting in 169% growth in the U.S. alone. It’s only a matter of time before pollution-emitting energies like coal and petroleum are a thing of the past. Think of it this way, as long as the sun is shining, we’ll have solar. Read on to find out how you can jump on board and be ahead of the trend.

What Are the Best Solar Products?

There are a handful of solar companies throughout the U.S. and dozens of solar products you can use. With a growing number of options, it can be overwhelming to keep up with. Here’s a list of all the products we’ve reviewed so far (or plan to review soon):

Why Trust Our Reviews?

Our reviews are conducted in an unbiased fashion by independent writers that do rigorous research and gather reader and consumer feedback from various sources around the web. Check out our review process for details.

As you read product reviews, you might come across a few unfamiliar words, so here’s a quick glossary you can reference:

By now you’re hopefully ready to join the solar revolution. We have friends that are so “solared” up the public grids are actually paying them because they are producing excess energy. But you’ve got to approach this from an informed perspective, and find a reliable dealer who can answer your questions and help you calculate your costs and savings. Use our handy solar roof quote calculator below to see the best dealers and offers in your zip code. 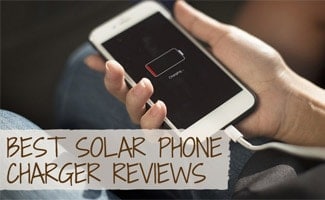 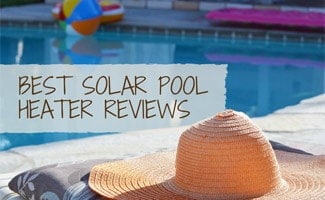 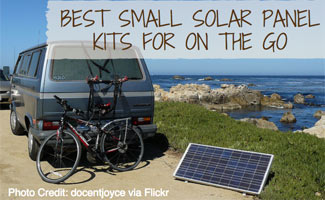