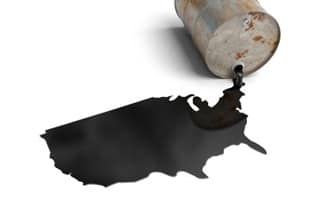 The reality of the situation is that crude oil is a fossil fuel, something that cannot be recreated or regenerated, and the world is rapidly running out of this so-called precious resource. Even the Middle East (Saudi Arabia), stockpiling some of the largest crude oil reserves in the world, will eventually run out. Because of its deep integration in our society, businesses and individuals depend on oil. Carmakers, airplane manufacturers and various manufacturing and processing facilities thrive on the profits generated by oil-based equipment. What these companies are failing to realize is that there’s not much left. United States oil production peaked in the early 1970’s, and we are now completely out of crude oil, depending on other nations for our oil imports. Because of its limited availability, crude oil is bound to run out everywhere sooner or later. And that time is closer than we think.

Crude Oil Raises Economies up, Then Drops Them for Good

The oil boom raised the economies and lifestyles of nations ranging from Venezuela to Saudi Arabia. Sadly, the lifestyles, being solely dependent on a non-renewable resource, leave just as quickly as the resource arrived. The end result, however, is even worse – namely that the countries are left worse off than they were before the oil boom brought them a new infrastructure, better education and higher paying jobs. Once people adjust to this enhanced lifestyle it’s difficult to go back. Not only that, but society breaks down as a whole when the resource it has learned to depend on is now no longer available.

What will happen when we suddenly are made aware of the truth – that oil is running out much faster than we’ve been made to believe? The fact is that if the industry does not make adjustments in time, in the form of an alternative energy source, to compensate for the lack of oil in the near future – our lifestyles will change dramatically. Picture barely being able to afford a tank of gas – public transit gets a huge boost as only the super wealthy can afford to drive in their cars. And don’t even think about flying anywhere. Sound like a nightmare? Sound too far-fetched to be true?  Think about it – it’s in the oil-producing nations’ interest to make their people believe that the oil situation is not as dire as it seems. Economies, industry and capital markets depend on it. We’ve got a lot more to say on this topic and will be bringing you more articles in the coming days.

Transitioning to a World Without Oil

Ever wonder if we could go without oil? This Ted Talk by Rob Hopkins discusses a unique solution to life without oil.

Public Transit Infographic: An Alternative Way to Get Around

If you want to be less reliant upon oil, then you can do your part now to help save the planet and conserve oil at the same time. Taking the bus or riding the metro might not be an option everywhere or all the time but if it is you should familiarize yourself with the routes and schedules and come to find the benefits of getting around the mass transit way.

To embed this on your website, simply copy and paste the code below:

Do We Really Need Oil?

But do we need to depend on oil? In 2013, the world went through an average of 90,354.27 gallons of oil per day. As ingrained as this natural resource is in our industry, there are plenty of renewable energy technologies based on wind power, solar energy, plants and more, that are ready to be used and advanced to the next level. Renewable energies are no longer thoughts of the future or mere speculation. They are here now and, if you know where to look, readily available. What’s more is that energy itself can be saved by adhering to a little common sense. Browse around the site, or explore our tips category, for advice on how to save energy.

What are your thoughts on the world running out of oil?

Tagged With: Oil and Gas 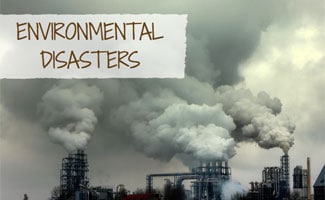