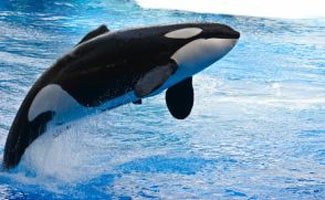 To many, SeaWorld is a place of vacations and wonder as they watch giant marine animals perform feats of great acrobatics. For others, however, the use of marine mammals in this type of entertainment forum is considered unethical. Should killer whales be given the same freedoms as human beings? Should they be protected from being “enslaved?” According to the People for the Ethical Treatment of Animals, they should.

PETA stands for the People for the Ethical Treatment of Animals, an American animal rights organization led by Ingrid Newkirk and based out of Norfolk, Virginia. PETA is a non-profit corporation that employs approximately three hundred employees and receives the support of some two million worldwide. Founded in 1980 by Ingrid Newkirk, PETA utilizes their manpower to draw attention to unethical treatment of animals all around the world. PETA has been known to use undercover operations and campaigns to draw attention to various big name companies and research groups that rely upon animals that are being treated inhumanely in a variety of settings including: pharmaceuticals, cosmetics, fur farming, fighting and most recently, entertainment. PETA, the group who live by the slogan: “Animals are not ours to eat, wear, experiment on, or use for entertainment,” most recently made news when they filed a lawsuit against SeaWorld on behalf of five killer whales.

Details of the PETA Law Suit Against SeaWorld

The case filed by PETA names five killer whales from various SeaWorld locations as the plaintiffs. The whales named in the case are: Tilikum and Katina of SeaWorld Orlando and Corky, Ulises and Kasatka of SeaWorld San Diego. According to the suit, the five killer whales are being enslaved by the SeaWorld franchise as they are being forcibly confined to tanks and pushed to perform in daily entertainment shows in the marine themed theme parks.

Can Killer Whales Really Be Named as Plaintiffs?

One of the major concerns that continues to be spotlighted in reference to this filing is whether killer whales can legally be named as plaintiffs. Judge Jeffrey Miller already seems to have his doubts and there is no doubt that the representing attorney for the SeaWorld franchise does as well. According to the lawyer representing the parks, Theodore Shaw, there is simply no indication that any animal was considered when “We the people” was written in to the US constitution. According to PETA’s attorney Jeffrey Kerr, however, all “living, breathing, feeling beings have rights and can be enslaved,” and that these rights should not be infringed upon simply because a being is not born in to the human race.

The Possibility of a Landmark Case

While the very idea of the five named plaintiffs in this case actually coming out on top seems preposterous, according to PETA this could be a landmark case. Jeffrey Kerr cites that this case could possibly mean huge things for animals of all species as for the first time in the history of the United States the federal court is faced with an argument that all living breathing creatures have rights. The trouble with this concept of a “landmark case” however, according to SeaWorld’s lawyer is that if the case is successfully won it could have a number of other serious implications. It would not just be the killer whales of SeaWorld that would be protected from enslavement but the ruling would set the stage for other cases  to follow. How would such a landmark case impact zoos or even bomb detection dogs? The answer is that if PETA is successful in winning this case, there is a high likelihood that just about every animal focused “job” or entertainment forum would be targeted next.

Why Would It Be Such a Bad Thing to Ban these Animal Centered Forums?

There are those who ask why it would be such a bad thing for circuses or zoo’s to be banned, and in many cases it wouldn’t be…but there are also many cases where it would. There are the zoos that implement breeding programs designed to improve populations of endangered animals. If zoos are abolished then these breeding programs will fall by the wayside simply because there is no way to captively breed animals without “enslaving them” in captivity. What about the drugs dogs or bomb sniffing dogs that truly enjoy their work? Would it be considered freeing to them to have their job taken from them? What about the many lives that are saved by those bomb sniffing dogs? Certainly there is no one saying that the lives of these dogs are less important than those that they save, but there is a point where one has to ask who this ruling would help? These animals released back in to the wild are mostly animals that have been raised in captivity, animals that take a feeling of self-satisfaction from their “job” or animals that are thriving in captivity where they are otherwise suffering from dwindling populations in the wild.

There just may be circumstances where a forced enslavement of animals ban would be beneficial – take for example some smaller circus groups noted for abusive enslavement of their animals. That said though, there are also many animal centered forums that promote humane treatment of animals and education programs for the conservation of endangered species worldwide.

The SeaWorld Case is Heard

On Monday, February 6, 2012 for the first time in United States history a federal judge heard the case of five orca whales being subjected to slavery by human standards. The landmark case made headlines worldwide as for the first time ever it was questioned as to whether animals should be afforded the same constitutional protection as humans in the United States of America.

As the law suit came to light, Sea World’s attorney stated that the case was a waste of both time and resources – a sentiment which it appears U.S. District Judge Jeffrey Miller shared. While PETA claimed that the case was the next frontier for civil rights movements, it seems that they are getting ahead of themselves because the world isn’t quite ready for such a drastic movement.

Judge Miller heard the arguments put forth by both sides of the suit for over an hour before stating that he would rule at a later date. One of the biggest concerns for Judge Miller in the case was whether the court could allow animals to be named as plaintiffs in a legal case, and if so what type of repercussions this trend would set.

Regardless of the outcome of the case Jeffrey Kerr, attorney for PETA, stated that the court simply hearing the case was a landmark moment – that for the first time in history, creatures that “happen to not have been born human” have the same opportunities as humans. While that may be so, SeaWorld’s attorney, Theodore Shaw commented that should the plaintiff win out in this case it would set a precedent in which hell would be unleashed.

A Verdict is Reached by Judge Jeffrey Miller

On Wednesday, February 8, 2012, all question as to whether or not animals were to be included under the constitutional rights was put to rest. U.S District Judge Jeffrey Miller dismissed the case on Wednesday claiming that the “only reasonable interpretation of the Thirteenth Amendment’s plain language is that it applies to persons, and not to non-persons such as orcas.” In original statements, PETA was claiming that as intelligent and highly social species, the five orca’s being kept by SeaWorld were suffering from their confinement. This type of suffering was against the 13th amendment which prohibits slavery.

The 13th amendment reads as follows:

Section 1. Neither slavery nor involuntary servitude, except as a punishment for crime whereof the party shall have been duly convicted, shall exist within the United States, or any place subject to their jurisdiction.

Section 2. Congress shall have power to enforce this article by appropriate legislation.

While this amendment does not specifically state that it applies to human rather than non-human animals, the initial statement of “We the people…” most certainly does.

After the ruling by the court, SeaWorld restated its belief that PETA’s lawsuit was both baseless and absurd. SeaWorld also commented that they reject any challenges made as to the condition of or quality of care for the animals in their care. Judge Miller also commented after his ruling that while he praised PETA’s attorneys for their efforts to protect and free the orca whales in question, the 13th amendment was not adequate basis for this claim.

No Doubt as to the Animal’s Intelligence or Social Ability

During the trial there was no doubt that the orcas in question were amazing animals, a fact that both the prosecution and the defense agreed upon. During the presentation of each side’s case, both attorneys commented on the amazing social nature of orcas and their incredible levels of intelligence. The fact that these creatures are so amazing however, does not make them human, a defining characteristic required for protection under the 13th amendment according to Judge Miller.

Obstacles Presented by this Lawsuit

Just what was the biggest barrier in this lawsuit? According to Valparaiso Law Professor Rebecca J. Huss it is the viewpoint that animals are personal property and not legal persons. To date there has been no legal ruling that upholds the status of any animal as a legal person and this is what causes the biggest obstacle in cases like this. Until animals are recognized as something other than property cases prosecuting others for mistreatment of animals are established on a case by case basis with no guarantee of animal rights.

Despite losing their case, PETA’s attorney Jeffrey Kerr states that he still believes the case is a landmark one that paves the way toward freedom for animals under the 13th amendment. It is PETA’s goal to one day free all animals from enslavement for human amusement and recognize them as intelligent and feeling beings.

The Future of Animal Captivity Based Lawsuits 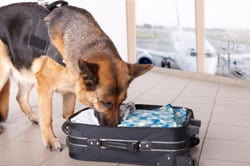 What does the future have in store for the whales of SeaWorld and all other performing animals being kept in “slavery”? There is no definitive answer at this time; however, Law Professor Rebecca J. Huss believes that it will take some finagling of current viewpoints on animals. According to Huss, if corporations can currently be recognized by the law as persons, there is no reason why society and the law should not be able to recognize animals as persons as well. Perhaps the redefining of the term “person” would be necessary in this instance however. Huss comments that in the case of animals it may be more appropriate to view them as the law views children, holding their guardians responsible for their “personage” rather than recognizing them as independent beings. Whether or not this type of approach would be beneficial to animals being held in captivity it is difficult to say at this time. It certainly doesn’t seem as though this is something that will be realized in the near future either, most simply because of the ramifications it may have in other aspects of animal roles. Some of the animal roles that could be impacted by such a decision include: the use of police dogs, the use of military dogs, the captivity of endangered species, bomb sniffing dogs, public aquarium set ups and local zoo and farm life programs.