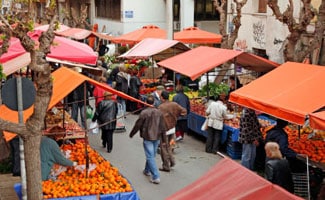 The word local is one of America’s hot new buzz words. Although the idea of buying locally grown food is not at all new, the local food movement has certainly picked up momentum in recent years and has therefore thrust the word “local” into all kinds of headlines. Forty years ago it was mostly grown hippies and environmentalists who promoted local food. College towns had food co-ops and bigger cities hosted weekend farmer’s markets. Today, politicians, white collar workers, blue collar workers, housewives, retirees, college students and people from all parts of society are getting on the local food movement bandwagon.

Back to the Start

Coldplay’s haunting classic The Scientist is performed by country music legend Willie Nelson for the soundtrack of the short film entitled, Back to the Start.

What is the Local Food Movement?

So what’s all the hype about anyway? To be blunt, it’s complicated. Multi-faceted and overlapping supply and demand with economics, politics, environmental, social and health issues, the local food movement is not as simple as it sounds.

What Makes a Food Local? 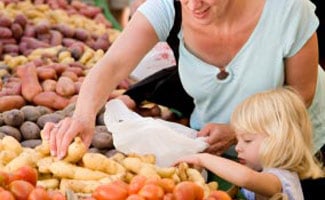 First of all, let’s look for a basic definition. The local food movement is people all across the nation promoting the value and benefits of consuming locally grown food. How “local” is defined is less clear. Most people contend that it simply means to look for foods produced as close to home as possible. You may think of a definition of “local” in terms of concentric circles beginning with foods you can actually grow at home, moving then to foods grown in your community such as the items you could buy at a farmer’s market. The next circle would include foods produced in the state where you live, then foods produced in surrounding states. Broaden the circle more and you are talking about foods produced in the US as opposed to those imported from other countries. “Local” means all of these things.

What About Organic and Sustainable?

Other terms that come into the local food movement are organic and sustainable. Although the local food movement includes the ideas and goals of the organic and sustainable food movements, it is not contingent on them, so we need to address the differences. Organic is monitored by government standards which include legal definitions, inspection processes, and labeling requirements. Beneath all this red tape is the basic premise that organic foods are grown without the use of chemical pesticides and growth enhancing hormones. Sustainable agriculture includes the premise of organic, but also includes food grown without harming the environment and with respects for the workers and the animals. It is often assumed that locally grown food includes these practices, but in truth, not all do. Chickens raised just ten miles from your home for example, my fit the criteria for “local”, but they may be raised in inhumane conditions and may be force fed hormones and antibiotics to make them grow faster and fatter.

How the Local Food Movement Began

The local food movement began as a reaction to a shift in the federal farm policy in the 1970s. Until that time, federal money supported farmers by supplementing their costs. President Nixon promised to cut food prices and did so by shifting federal dollars from farmers in general to only a few commodity crops, in particular, corn and soy. Food prices dropped significantly, but the farmers suffered tremendously. This marked the end of farming as we had always known it because farmers filed for bankruptcy and left their fields forever. Small farms were bought out by big companies and consolidated into huge enterprises that produced massive amounts of corn and soy. Because corn and soy are cheap and incredibly versatile, new foods were invented using these products. Our markets became saturated with processed foods, sweetened beverages, and feedlot meat. It literally changed our diets completely.

Globalization Sends Foods Across the Globe

At the same time, “internationalization” and “globalization” were the buzz words of the day. We could get any kind of product from anywhere in the world. In terms of our food, this meant getting fresh strawberries in November and a plethora of other traditionally seasonal foods all year round. Not only could be buy apples for example, at any time of the year, we even had a choice of the kind of apples – red delicious, granny smith, fuji, vista bella, Spartan, golden delicious, just to name a few. And this became the case for every kind of food from fresh fruits and vegetables to processed foods in plastic, aluminum and cardboard containers. Gluttony galore! We flourished in the feasting and never thought about the possibility of negative ramifications.

Fast forward 25 – 30 years and we begin to see the correlation between this fast food paradise and the plagues that threaten our very existence. Economic downfall, health care disaster, obesity, faltering social structures, and political chaos can all attribute at least part of the blame on the fast food bubble. Realizing the connection between our food supply and the problems in our society catapulted the local food movement into mainstream society.

Not eating locally grown food is, on varying levels, cheaper. It doesn’t make logical sense, but because of advancements in technology and the effects of globalization, it is cheaper to obtain foods grown in other countries than foods grown at home. Land and labor are both cheaper in Costa Rica than in Hawaii, for example, so Costa Rican pineapples are cheaper than Hawaiian pineapples. The economics of imported food certainly fueled the trend away from local food for several decades. The hidden costs of cheap food however, primarily processed and sweetened foods made from corn and soy byproducts, are finally coming to light. As a result, the economic implications of cheap food are now one of the driving forces in the local food movement.

Obesity is infecting the American population like an old-fashioned plague. Over the past 30 – 40 years we have steadily increased our caloric intake due to the sheer volume of cheap foods and the diversity of food choices. We are finally beginning to understand the negative impact on health that obesity has. Type II diabetes for example, is a common disease among people of all ages. High blood pressure, coronary heart diseases, thyroid disease, even an increase in joint replacement surgeries are all due to obesity. The health cost of cheap food is finally overriding the price tags on the items we find at the grocery store. Food safety scandals have also brought the health implications of our current food supply into focus. Mad cow disease and E.coli outbreaks have caused people to question food production and to be more choosey about what they eat. These factors have brought the local food movement into mainstream society.

When family farms vanished and were replaced by big corporations with the sole aim of producing as much as they could as quickly as possible and at lower and lower prices, environmentally harmful practices became standard. Animals are given antibiotics and growth hormones; fields are saturated with harmful chemicals; and machinery has replaced human hands in the slaughtering and harvesting processes. The result is irreparable damage to the environment. These factors have also fueled the local food movement.

No longer a trend among counter culture enthusiasts, the local food movement now has a firm grip on mainstream society and is steadily picking up speed. Combined with the philosophies of the organic and sustainable agriculture movements, we just might be able to save ourselves from ourselves after all. 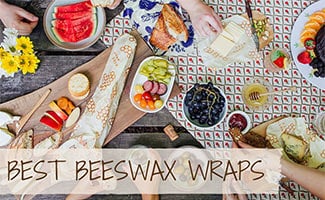