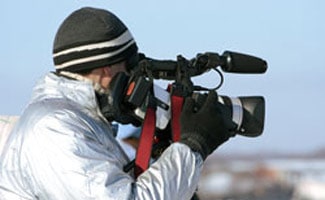 When you leave the movie theater, you always know that you have just watched a great movie because it has made you feel great joy or sadness, excitement, fear or suspense. There’s another kind of emotion that movies can serve to awaken in you – a feeling that leaves us questioning how we can do more for our environment. Environmental movies offer entertainment coupled with a powerful message that must be shared.

What is an Environmental Movie?

Environmental movies are focused on telling a tale that most movies seldom touch upon. The storyline is about the problems that face planet earth. The movies paint pictures of everything that is wrong in the world and how it is possible to make the world a better place to live in for future generations. Really good environmental movies stir the viewer to a passionate response. One that means getting out of the comfort zone we live in to find out how we can do our bit to make the world a better place.

Environmental movies have been around for a long time and the concept is certainly not a new one. It is just that more attention is being focused on these movies as we become more aware of the threats from global warming, dramatic changes in climatic conditions, and the effects of greenhouse gases among others.

With the help of environmental movies, we as world citizens have something to base our efforts on to change the way we live. Bringing change to every aspect of life on earth means a healthier, better lifestyle and a planet that is safer for future generations. Refusal to adapt to change only means leaving the planet in a worse state than the one we live in at present. All of our efforts in the name of technological advancements and progress have only served to endanger the land, animals, birds, plants and more. Change on a global scale is definitely the need of the hour, or else all the toxins we release daily into the ozone combined with human expansion on land will kill off every living thing in time.

Accepting change has never been easy for most people and many skeptics abound who refuse to accept that our progress has caused any harm to the universe at large. Enter environmental movies and documentaries that tell a completely different story. They showcase the many diverse ways in which our efforts at advancement have changed the way the planet looks today. The question therefore that faces us today is how best we can change the direction of our actions to do something good for the planet instead.

There are several good movies that have served to raise critical environmental issues, bringing them to the attention of people and creating awareness of the growing problems and threats in the world.

documentaries that relay the importance of how human life is disturbing the natural elements on Earth.

More Environmental Movies that Are Worth Your Attention