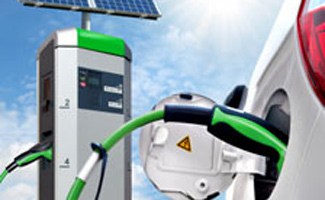 Travel is fun, but like many other things in our life, it can have adverse effects on the environment and increase pollution. There are however a number of ways that we can reduce emissions that impact our planet’s health and take an active part with these eco-friendly travel tips.

Electric vehicles are a great way to contribute to a healthy planet. Rather than depending on fossil fuels to power them, electric vehicles depend upon electricity which can be generated through a variety of eco-friendly methods.

While electric vehicles are one of the most efficient methods to reduce air pollution, they are not always cost-effective for “regular” families. The overall cost of electric vehicles is much higher than the cost of traditional vehicles. Some argue that this additional cost will be recouped by not having to purchase fuel, but for most “average” families the upfront cost of an electric vehicle is prohibitive.

Not all of these fuel sources have been mastered yet but they show promise for reduced dependence on fossil fuels.

Compressed air has been used in a French designed vehicle. The vehicle is priced at $20,000 and achieves maximum speeds of 35 MPH without any fuel source other than compressed air.

The idea of using vegetable oil as a main fuel source for a vehicle has already been realized with the Volkswagen bio diesel-powered Beetle. This concept is a particularly appealing one due to the fact that it can make use of a readily available resource and reduce waste from other businesses.

Hydrogen fuel cells are an appealing concept for many vehicle manufacturers but to date this concept has not been realized. Many manufacturers have managed to come up with plenty of concept car ideas; however, none can actually realize this due to technical difficulties. Some of the difficulties in question include an inability to efficiently store hydrogen, how to prevent hydrogen from freezing and how to prevent hydrogen from catching fire! As manufacturers continue to research this concept the truth is that it is certainly not promising to be the most affordable eco-friendly traveling solution.

The Genepax, a Japanese created vehicle is actually able to power itself on nothing but water. Using one liter of water, the car is able to travel for one hour at a speed of 49.7 miles per hour. Cars powered by water utilize the hydrogen electrons from water to create electricity. Water is perhaps one of the cheapest considerations for alternate fuel sources but it raises the concern for those studying water conservation.

One vehicle model has already been shown to successfully run on wooden pellets. As these pellets are burned the heat powers the vehicle. One concern that could be raised from this concept, however, is that manufacturers or consumers will begin to burn items that contribute to air pollution.

Ethanol and vegetable oil seem to show the most advancement in recent years. While converting vehicles to accept alternate fuel sources is certainly not as expensive as purchasing an electric vehicle, it can be quite a pricey conversion. Add in the cost of conversion, the lack of alternate fueling stations and this eco-friendly travel solution can be a little tricky as well.

One of the most feasible changes that most of us can make right now is to become more dependent upon public transportation and less dependent on personal vehicles. With more people taking their cars off the roads less pollution will be created.

It should also be noted that many areas such as Chicago and New York City already depend heavily upon public transportation without interrupting the lives of citizens.

Public transportation is a great solution to eco-friendly travel. However, it is not possible for all travelers. Not all cities have the facilities to provide transportation that effectively services all major areas of the city.

One way for these areas to reduce their negative impact on the environment is to encourage carpooling. Carpooling is simply the practice of multiple individuals sharing a single vehicle to get to their destination. Many workplaces encourage carpooling by providing employee incentives. Incentives shouldn’t be the only reason to choose to carpool but, if more people car pool the levels of carbon emissions would reduce drastically.

Bicycling is another method of eco-friendly transportation to consider for those living in close proximity to their workplace. Bicycling is not only an eco-friendly and pollution free way to travel, but it is also a great way to stay healthy. As more individuals take up bicycling as a means of transportation, levels of obesity are likely to decrease and in turn food industries will not be as strained as they are currently.

This video is a bit dated but has some tips that still apply today including how to be a more eco-friendly flier too!

Have any other tips to share, we’re all ears and would love to hear how you’ve found ways to make your travels less troublesome for our planet.

Do you travel green?