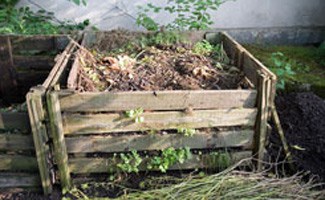 Home composting is becoming more popular as a way to reduce landfill waste and also creating extremely rich soil and a natural fertilizer. But for many the idea of composting is completely foreign. Some don’t even know what composting is, why they should be doing it and what the benefits of composting are.

With growing education around the subject, many more people are likely to join the home composting crew for the benefits that they can gain.

Composting is a process in which individuals compile decomposing organic material and it generally is performed using a composting bin or a compost pile in an area away from the main home building.

When composting the decomposing organic matter is placed in a pile which breeds heat and while micro-organisms decompose the material in the compost pile the waste becomes an extremely rich form of soil.

The rich soil that results from composting is called compost and it is extremely bountiful in nutrients which make it very beneficial for the land on which it is spread.

Why Do We Compost?

Why composting? Most people utilize the compost that results from their composting efforts as a fertilizer. Compost as a natural fertilizer is very efficient and it allows people to apply fertilizer to their gardens without utilizing many of the poisons that are included in commercial fertilizers.

Compost is also a great way to condition existing soil, add natural richness to soil that lacks in nutritional elements, and it also acts as a natural pesticide. Many small farmers and individuals who grow their own food utilize composting as a way to preserve the fruits of their labor without exposing their food to harmful pesticides that many people try to avoid these days.

Why Should More Of Us Compost?

Composting is a natural process which reduces the amount of waste that we produce in our daily lives because all organic material can be composted and turned in to nutrient rich soil that can grow new life.

One of the biggest problems that we have, particularly in the United States is that we produce so much waste that we are beginning to destroy the Earth. As we create more waste we are also destroying much of the natural soil that has taken thousands of years to build up and become balanced enough to grow life.

By composting we are effectively giving back healthy and nutrient rich soil to the Earth. Rather than the soil that has taken thousands of years to build up to a healthy balance of nutrients, composting can provide nutrient rich soil in around five to ten years and helps to create a healthy layer of soil conducive to plant life.

The Early Life of Composting

Composting has been around since the time of the early Romans in AD 50. However, in ancient times composters would let the organic matter sit for somewhere around a year before utilizing the compost itself.

While allowing compost to sit for so long requires very little work on the part of the composter – since by the time the compost is needed it is fertile enough to be applied to the earth. It can also result in some drawbacks.

Drawbacks of allowing compost to sit for as long as a year are generally the result of outside environmental factors influencing the compost, for example run off carrying pollution in to the compost heap or negative bacteria growing within the compost heap.

It wasn’t until the 1920’s when composting became a tool used to help farmers farm organically and throughout the years since then composting has become a much faster process.

Rather than allowing compost heaps to sit for long periods of time and become exposed to bacteria and run off which may pollute the compost and in turn pollute the food grown in the compost, modern-day composters have shortened the composting period so significantly that some even claim that they can produce fertile compost in just one month!

The Four Required Ingredients for Composting

In order for composting to be successful, compost must contain four ingredients that work together to maintain a healthy balance of nutrients within the compost.

The four ingredients that are necessary for compost to work efficiently are:

The levels of these four ingredients differ based on the ratio formula used by the composter. While the ratio of the four elements listed above varies, the most efficient ratio for successful composting has a ratio of 30 units of carbon to 1 unit of nitrogen. When mixing compost the ideal ratio of carbon to nitrogen can generally be obtained by mixing together equal ratios of dry leaves and grass clippings.

When the proper ratios of the above elements are present in compost micro-organisms are able to exist and begin to break down the matter within the compost heap to produce compost.

When speaking of the micro-organisms at work in compost people are actually talking about a wide range of organisms including bacteria, actinomycetes, fungi, molds, yeast, protozoa and rotifers. 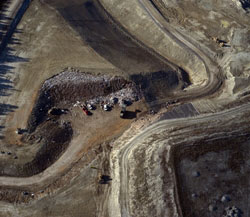 Many people ask why composting isn’t the same process as utilizing landfills to dump all of our waste.

The fact is that landfills contain much more waste than items which decompose and form the delicate balance as is required by compost.

In addition to the wide array of items that are jumbled together in a landfill, there is no control over the ratio of the main ingredients needed to compose fertile compost.

Where individuals are able to regulate the ratio of the four main elements of compost in their much smaller compost heaps, landfills are so large that attempting to regulate ratios of ingredients would be absolutely impossible to do.

How Do We Begin Composting?

So, now that you understand the workings of compost as well as why you should be composting, how exactly do you go about composting?

While many years ago people would begin composting by forming a pile of material in the bottom of the yard, these days’ people prefer to utilize composting bins. Composting bins are a particularly efficient way to compost because they allow you to mix composting materials as well as to keep the compost safe from runoff, rain and other bacteria that could otherwise contaminate compost left outside of a container.

Composting bins range in price from under $100 to over $200 depending on the attributes of the bin that you select. The more expensive bins generally have features which allow you to compost discretely cleanly and quickly.

2. Introduce Ingredients to Your Compost Pile

After purchasing the composting bin that best suits your needs as well as your budget you will next want to introduce the ingredients to your compost pile or bin.

Water will result as long as the mixture stays damp and air will come naturally. In order to maintain aeration throughout your compost pile you will want to turn the pile once in a while using a pitchfork. If you have a composting bin that allows for turning and features ventilation all you will need to do is turn your bin upside down once in a while to maintain a flow of oxygen throughout your composting bin.

3. Find the Right Ratio of Ingredients

One concern that many people have when it comes to composting is the ratio of ingredients, many people find that their composting heap isn’t taking off the way they thought that it would however they are unsure why.

There are a few tips and tricks to understanding your compost heap and the process of composting as it relates to the ratio of ingredients that you use.

Infographic: Reasons to Compost at Home and How Composting Works

We put together this infographic to show a quick snapshot on how exactly the composting process works and why you should get started.

Composting Really Is That Easy!

The great thing about compost piles is that when they are improperly balanced there are fairly easy cues that will tip you off to the imbalance within the pile.

Maintaining Balance in Your Compost Pile

The balance between brown and green within your composting pile is rather low maintenance as is maintaining an adequate level of moisture and aeration. At all times your compost pile should be moist but not wet and in order to keep your compost pile aerated you simply want to turn the pile frequently to add more oxygen to the pile.

By adding oxygen you are increasing fuel for the aerobic activity which fuels composting and as such the more you aerate your compost pile the faster it will become fertile usable compost!

Once in a while people find that they run in to issues such as complaining neighbors or frequent visits from neighborhood critters that are interested in the compost pile. The best and most efficient way to prevent both of these situations is to contain your compost pile in a secure composting bin. Composting bins reduce the odor that is emitted from a compost pile and they also serve to keep critters out of your compost pile.

Putting Your Compost to Work

After your compost pile is adequately composted and is filled with rich nutrients it is time to put all of that hard work back to work!

When using compost many people find it easier to filter their compost through a sieve type of apparatus to eliminate larger pieces of waste that have not yet been completely broken down. After filtering the larger pieces out of your compost pile your compost will be ready for application to your flower beds and vegetable gardens!

Compost should be sprinkled over the area that you are interested in fertilizing. Many people use their compost to add to garden soil and increase its fertility, to use as mulch in flower beds or to act as a natural pesticide in their gardens!

Beginning Again With Your Compost Pile

After using up your compost you can throw back any of the larger compost pieces that did not filter through your sieve or screen back in to your compost bin or compost pile. The larger pieces will add to your next compost pile as you begin the process all over again!

Composting is a process which can be continued for as long as you like because the resulting fertile compost will always be desired by your flower beds and vegetable gardens and it is a great way to utilize your kitchen waste!

Composting is just another way of recycling waste and reducing our impact on the planet while, at the same time, growing something great from something that we, at one time, deemed as waste!

Composting is a relatively cheap process that everyone should be doing in order to do their part in giving back to the community. It is not much of a trade-off in consideration because it really is like getting something out of nothing!

Do you compost or are considering it? 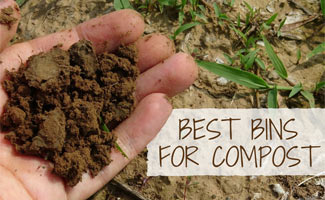 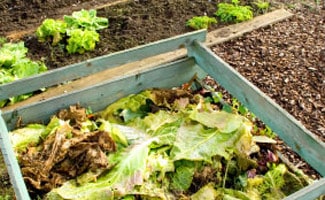