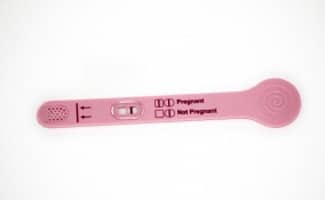 Where did we leave off in this journey? I had completed my first transfer in May and we were hopeful for a quick, painless success. My intended parents have been through so, so much that I so badly wanted this to be easy for them. I hadn’t had ever had a problem getting pregnant in the past (3 out of 4 babies were surprise blessings!) and I had never had a miscarriage. Failure, honestly, wasn’t on my radar at all when it came to becoming a surrogate.

I think my intended parents had a healthier view that (or maybe somewhere in between is healthier?). They were hopeful, but realistic. IVF is tricky. A LOT depends on embryo quality. In a “regular” pregnancy, the eggs fertilize in the fallopian tube and then travel to the uterus, where the embryo implants. This means that weaker (typically, genetically flawed) embryos never make it to the uterus to implant. In IVF, embryos are placed IN the uterus. Often they implant, but don’t develop because of some issue with the quality.

This is what happened to us. I had gotten multiple positive pregnancy tests, so I just assumed all was well. I just didn’t realize how common “chemical pregnancies” were in IVF. When I got the phone call that my hormone levels had dropped, I was devastated (and that might be putting it mildly). How could this happen? Why did this happen? The RE (reproductive endocrinologist) tried to pass it off on me saying that something must have gone wrong with me, but all of my research shows that the embryo wouldn’t have implanted had it been a problem on my end. His word stung though – and made me feel like I had failed. My intended parents talked me down. After all, they had been through the disappointment before and knew that it was 100% out of my control. I didn’t do anything “wrong”. It just wasn’t meant to be. So, we would move forward. We would make this work!

So, after discussing it with the doctor, it was decided that my body clearly works FINE without all of the synthetic hormones. Therefore, we would try a natural transfer and just closely monitor my natural cycle with ultrasound (who would have thought they can tell when you’ll ovulate based on the size of a follicle that grows on your ovary) to be certain that we timed the fertilization of NEW eggs (a new donor) so that we could do a fresh transfer. I honestly believe that this should be standard protocol with all surrogates first. Almost all surrogates have had babies before and the vast majority didn’t use fertility treatment in order to have their own children. It makes no sense, to me, to mess with what works. But, who am I? Not a doctor, so they stick with their synthetic hormones and try to control the situation for ease. It doesn’t always work. In fact, with a person with a very “normal” fertility record should have no reason right. I suppose it is for money (but, really, just less medications. So, unless the clinics get kick backs from the drug companies- and they might???- it still isn’t logical) and, mostly, I assume so that they can time things when it is convenient for them. Whatever the reason, it didn’t work for me and I know for a fact that I’m not the only one.

Anyway, we transferred 2 fresh embryos (one “perfect” and one “poor”) on June 13, 2013. We had a little scare of fluid in the lining of my uterus again just before transfer, but amazingly (no one can explain it), it disappeared by the time the doctor got there and we were a go. Now to wait, again, to see if it “worked” this time. We had our first blood test in 11 days and we were determined to make it to the beta (the blood test) without a pregnancy test.

The resolve not to use a home pregnancy test lasted, oh, five days. I was at Walmart (ick) and the tests were calling my name. They sell $.88 tests now that are really sensitive, so I figured, what the heck, and bought about 5 of them. My excuse was that I had had a trigger shot to make sure I ovulated (stupid since I had a positive ovulation predictor- again, they want CONTROL) which contained hcg. So, I needed to make sure all of the hcg was out of my system before I started testing “for real”. The first test I took (when I got home, of course) was stark white- negative. I skipped the next day and took another the next night when I woke up at 1 am. Very slight positive. I had also bought some First Response (the king of the early pregnancy tests!), so I tried one of those as well. You didn’t even have to squint to see that second line. When my husband looked at it the next day, his comment was, “If I can see it, you know it’s positive.”

So, we’d done it! We’d GOTTEN pregnant! Now to stay pregnant! I tested every day for the next 4 days until the blood test. So, I knew going in that things were looking promising. But, my first blood test last time was actually positive (low-ish, but positive). As we waited and waited for the results (it was only a few hours, but it feels like forever), I knew to be cautious even though I figured the numbers would be fine. Sure enough, it came back at 138 (the first transfer, in May, it was only 60 at my first blood draw). That meant I had a pretty good amount of hcg in my system for 14 days post ovulation and it was looking good. But, again, we were cautiously optimistic. In fact, I don’t think my intended mother breathed at all until after that second beta 3 days late (621, by the way!!!). Once that one came in and the numbers had more than quadrupled, I think she finally let herself think that MAYBE, just maybe, they’d get a baby out of all of this. As the numbers continued to go up, we ALL started to breathe. The next step was an ultrasound, but all signs pointed to SUCCESS!!!

newest oldest most voted
Heather
I am due very close to you, I believe – March 2nd? Although I’m not a surrogate, this is my first baby, and we are extremely fortunate, as she implanted at what was our 3rd and maybe final IVF round…therefore I loved reading about your success here, as it IS tricky. I’m an older Mom, and while I have other friends who are pregnant, none of them went through the same processes that I have, so this article was a comfort to me. Thank you for sharing.

Should you be curious at all, I’ll share that my retrieval was on June 9th, the transfer on June 12th, and just like you waited by the phone for what felt like hours during the days of the blood draws to hear that my hcg levels were tripling. Then, since it’s was my first pregnancy, the worry set in about staying pregnant!

In terms of my embryo quality – I had 1 excellent or perfect by their standards (8A), 2 that were equally as good (8B) and one not so great (5C). No way of knowing which of these is our daughter, but the last two times my eggs were either 8’s or 5’s with C grades, and although during the 2nd round we had a 6B, which we thought might work but I guess that child was not meant to be. I’d assume that one of my 8’s is our baby. Based on my age (41) who knows what the scenario is – I just am thankful every day I was given the gift of having this baby. Your selflessness of helping this couple reach their dream is extraordinary, no doubt you are an amazing woman. Please keep me updated! (I found your blog linked on the babycenter website).